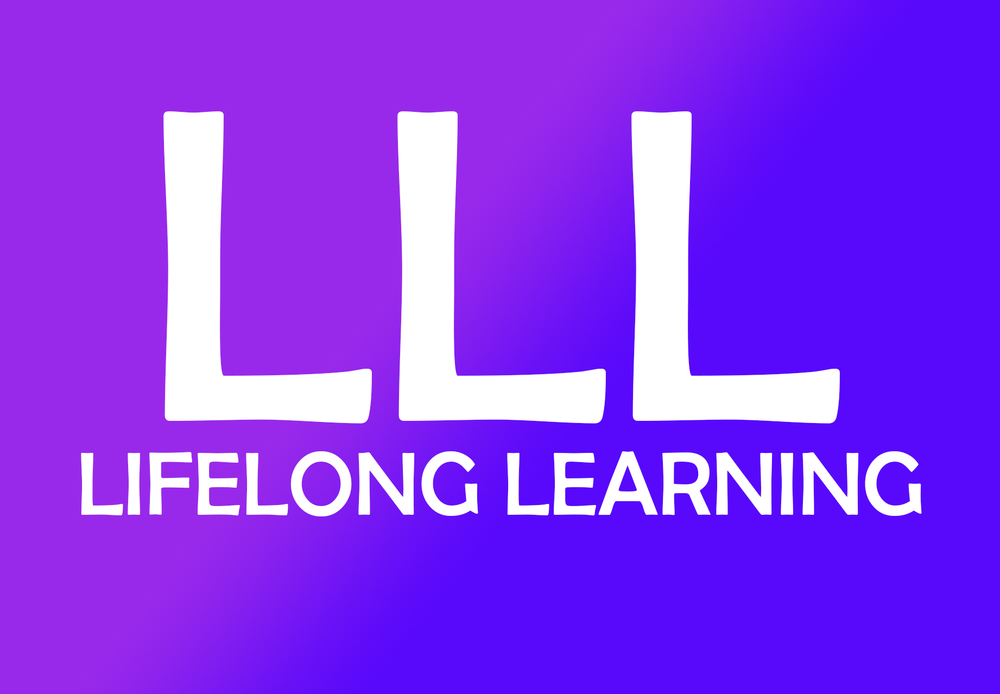 LLL: Now with the Plague

The year is 2020, and the world is on fire. That’s not a new development, but it gets hotter and hotter every year. Recently, someone dumped a gasoline tank labelled “COVID-19” on the whole thing and made it about three times worse. It was unprecedented. First, everyone told me it was just like the flu. Then I was told it could only hurt old people. Then I heard that the remake of Mulan was going to be released on March 27th. I was lied to three times.

Watching things slowly shut down was interesting; things changed rapidly and it was like there was no consensus on the situation. It was a little disappointing to see all the movie releases get delayed since I was actually hoping to see a few of them, but it was understandable. I thought I would be fine, since I’m lucky enough to attend an online school already, live in a house that’s relatively prepared for total quarantine, am located in a small Minnesota town far away from the most contaminated spots, and hardly ever have any friends over anyway. But life finds a way.

On March 10th, I started showing symptoms of influenza. I thought it was a funny coincidence. It would be an annoying week, but soon I’d be over it and things would be back to normal. I had no energy. I was in bed most of the time, either just lying there or sleeping. I got a small cough (at least in comparison to what would come later). I had a fever, I didn’t eat much, and I even threw up once. I went to the doctor with my mom, who also had whatever I had but worse. We described our symptoms, and the doctor decided to test her for COVID-19. I watched in horror as something resembling a long cotton swab was thrust up both of her nostrils. I didn’t get to see it that well, but it was clearly an unpleasant experience. That day, I prayed I would never have to go through it.

I felt a little better the next week, and had two normal school days. But then, surprise! All the schools in Minnesota were mandatorily closed until the 27th, and EOC would remain closed until April 3rd due to Spring Break. It was a sudden change, but it would give me plenty of time to focus on things I couldn’t before, come up with new project ideas, and get things done. Maybe it was actually a blessing; I had a lot of new time I could make the most out of. Unfortunately, the two healthy days were a fluke. It was just an intermission. I started feeling sick again the next day, and what followed were the strangest three weeks of my life as I slowly realized our household caught the virus.

On its return, it was a little more slow about it. First, my energy started getting sucked away again. I started feeling more and more tired. Going upstairs and downstairs made me feel winded, and I stayed confined in my room most of the time. My fever returned, along with my other symptoms. Because I had so much time off, I wanted to take the time to work on some projects. I opened a video project I had edited to the halfway point, and decided to finish it. It was here when I realized I couldn’t work on anything. I was energy deprived. After three hours, I made three minutes, and I couldn’t do any more. It was going to be a fun few weeks.

We started trying to treat it with hot tea. I was supposed to drink five cups a day, and drink it while it was warm, but I got sick of it very quickly and that became a struggle. I got through it slowly, and usually I didn’t even make it through all five. No matter what time of day it was, it was tea time. I never want to drink a cup of tea again. I also drank lots of vitamin water and regular water. I had tylenol around the clock, and ibuprofen (before we knew it probably wasn’t great for COVID-19). I went on a diet, hoping to eat more healthy foods and to make sure I didn’t throw up again. It included a lot of toast, eggs, and applesauce. I had a bizarre lack of an appetite, I didn’t willingly eat much even if I knew I was hungry.

Multiple times a day, my O2 saturation was checked with a pulse oximeter, which checks the amount of oxygen I have in my blood. My temperature was also checked with a thermometer when this happened. I was told to do a deep breathing exercise hourly, where I would breathe in deeply through my nose and exhale through my mouth twice, then breathe in deeply one more time and cough it out instead. I would forget, but it was much easier to do frequently than drinking tea.

After this was done, I was on my own all day.

I rolled around in bed a lot, usually in pain of some sort. I tried to think about the stuff I was supposed to be doing for school these few weeks, like new project ideas and the homework I didn’t complete, but I wasn’t that productive and found myself distracted from coming up with new ideas due to some sort of symptom.

Speaking of finding myself distracted, I tried to distract myself by watching movies. I mostly re-watched my favorites, but I also took the time to experience something new. Are you aware of the Herbie film series? It’s five movies long, about a sentient Volkswagen Beetle that’s in a lot of races. They were all on Disney+. It was extremely bizarre but I never would have watched it otherwise. I wouldn’t really recommend it unless you’re up for a very weird ride.

The worst part of it all was the coughing attacks.

It was a textbook dry cough, it wasn’t productive in any way. I tried to suppress it, but it just kept coming back and continued to get worse and worse. My throat started hurting because I was coughing too much, my voice got weaker and weaker. Eventually, I started to speak in a deeper gravelly voice because it was easier on me. My mom gave me some medication, then told me I had to try sleeping upright. I learned something about myself, and that was that I can hardly sleep unless I’m lying down. Even with all the pillows in the world to support me, it was incredibly difficult and I’m not sure if I ever successfully pulled it off.

On day fifteen I couldn’t sleep. I was awake coughing all night. I listened to a lot of music, I paced, I laid upright (and sometimes down despite orders), but I couldn’t drift off. I just coughed and coughed. My throat felt terrible, sometimes it felt a little annoying to breathe. At five in the morning, I talked to a couple friends online who were also awake (for different reasons). We chatted for a little while talking about various subjects, and I got to see the sun rise through the window. It was actually very peaceful. It’s my favorite memory from this whole ordeal.

Day sixteen came. I couldn’t sleep that night either. The next morning was my worst ever. My mom managed to get me to the doctor again, and this was finally when things started to look up a little. We sat down and talked about my symptoms. They did blood work and a chest X-Ray, and a high dose of Vitamin C via an IV drip. I had never experienced that before in my life, nor did I know what it entailed, so when I suddenly had a bag of water connected to my arm I was surprised. While that was happening, I was told to lay down for about forty minutes. Mom snapped a picture, and I mused that if I had woken up in this position I wouldn’t be able to tell whether I was in a rainforest, a regular doctor’s office, or near death in the hospital.

Some time in as I was lying down, the doctor walked in and said the words I feared. “We’re going to test you.”

Suddenly, she whipped out the cotton swab and stuck it in both my nostrils. I’m going to try my best to put the feeling into words. It’s like it somehow reached my brain through my nose, and I could feel its touch. It stung slightly, but mostly felt awkward. It was like it collided with something mushy, and my nose burned. I said a mixture of “oh no” and “I don’t like this” while she was doing the test. But then it was done and over with, and I survived the encounter. The doctor was 100% certain I had COVID-19, so she decided to try prescribing hydroxychloroquine, azithromycin, and zinc. My oxygen levels would have to be watched all weekend, and if they went too low I might have to go to the emergency room.

We stayed in town afterward to pick up prescriptions and got something to eat at McDonalds. We wanted to try something, so I ordered a hamburger but didn’t ask for any changes. Ordinarily, I would ask for the pickles and onions to be removed. I don’t like pickles that much, and I have a deep-seated hatred for onions. I ate the entire burger, and didn’t flinch. I could hardly taste them at all. I then found out that the soup my mom had been feeding me was full of onions the entire time. We realized at this point that my sense of taste and smell had actually become very diminished, and I could tolerate the taste. It might be one of the only positive developments from the virus.

The next morning, I was still feeling very unwell. According to my mom, my O2 stats were even worse and my lung sounds were very diminished. So, I began taking the medication. Later that afternoon, I was downstairs in the living room pacing. Mom ran into me and was a little surprised, but I felt much better. Still not quite normal, but if I’m being honest normalcy has become harder to define over the past month. I was at least well enough to walk around. This was all after one dose. I got worn out again and had to sleep. That night I actually got more sleep than before, because I was coughing much less. The next day was better, and the day afterward I was downstairs talking to my brother. My voice was still deep, but it was more consistent. Continually, I’ve been getting healthier since. It was pretty much a miracle.

This all brings us to the present. There were more things that happened and more treatments we tried, but while I did want to go into detail I also didn’t want to make the paper take three weeks to read. I’m still “in recovery,” and I don’t have all my energy back, but it’s miles from how I felt before. It was a crazy few weeks, and it’s weird to think that I actually went through this. I’m not going to say anything as dramatic as “it’s changed my life” but I think that it’ll be an experience I won’t forget about. As for a lifelong takeaway from this, I think it would be to wash your hands and keep things disinfected and clean. I know that it’s the only thing anyone says nowadays, but it kills a lot of germs and a person who actually caught it is now telling you that, so please do it.

Copyright © 2023 EdVisions Off Campus. All rights reserved. Powered By Thrillshare